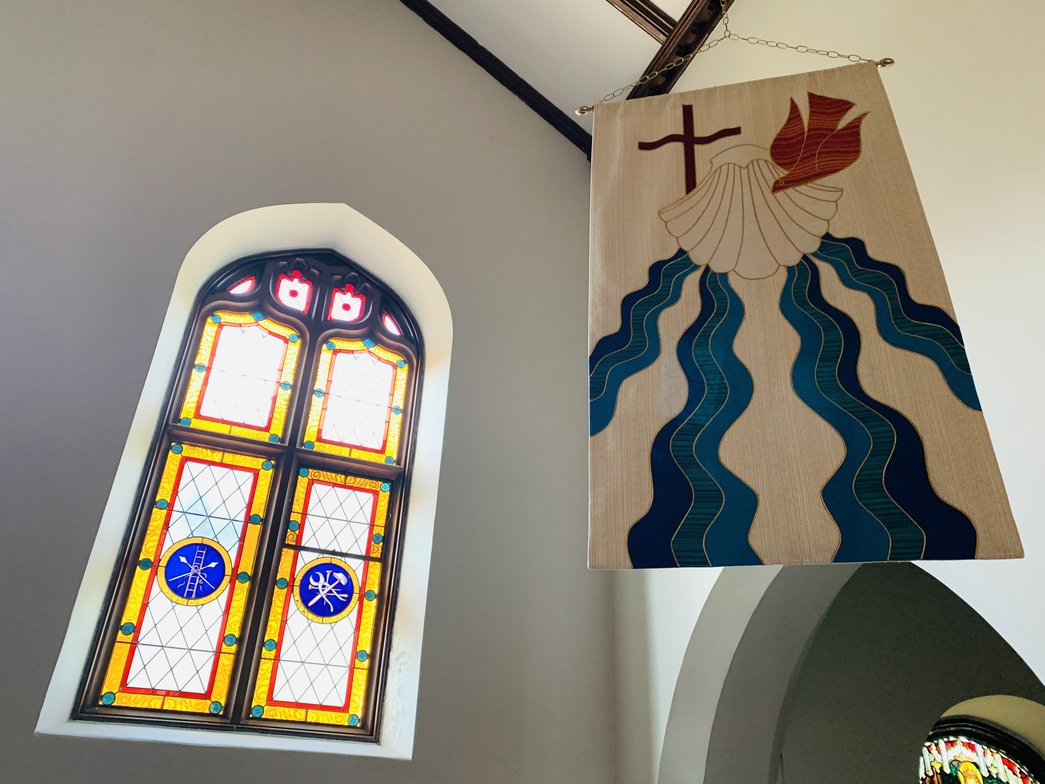 The Rev. Canon Brian A. Burrows.

Title: I believe in the Forgiveness of Sins.” (Apostles' Creed)

Text: Psalm 103:12, “As far as the east is from the west, so far as he removed our transgressions from us.”

I was reading about Jesus going from Tyre by way of Sidon in the original Greek and stopped to look up a word which sounded like horizon. Forgiveness by God is limitless, like being beyond the horizon. As the Webb telescope reveals limitless space, so God in his mercy goes beyond human limits. This divine capacity to forgive should encourage us in our faith and in our dealings with others.

The Old Testament view of forgiveness.

At first when we read the Old Testament, with its Ten Commandments and strict laws, it seems that there are definitely limits to God's mercy. We read about the violence in the first few books and read about the disobedience of the people. A life for a life, an eye for an eye, a tooth for a tooth, etc., seems hard to reconcile with limitless forgiveness. Then there is the way the Israelites abandoned God some times for Baal and other foreign gods. Certainly, scripture showed that there were limits to God's patience. Yet the truth is that God's love for his people remained limitless, although at times, the Lord's patience was severely tested. Nehemiah 9:17b reads, “But you are a God ready to forgive, gracious and merciful, slow to anger and abounding in steadfast love and you did not forsake them.” In the eyes of the writers, then we can believe God's forgiveness knows no limits, but repentance and change of heart leading to obedience to his will, are expected!

The New Testament view of forgiveness.

Jesus sets no limits to the act of forgiveness. In his teaching about forgiveness he reminded Peter that one does not just forgive seven times, but seventy times seven, in other words there is no limit to the times a person can forgive someone else. Perhaps the most powerful message about forgiveness comes from Jesus's words from the cross, “Father forgive them for they know not what they do.” “Father Forgive” are the two words carved on the makeshift altar I saw as a young teenager in Coventry Cathedral after the war, reminding us of the horror of the Blitz.

Such teaching by example inspired the early church. We read in Acts 13:38, “Through this man (i.e.. Jesus) forgiveness of sins is proclaimed to you.” This powerful and compelling message has implications for all of us.

The Church's view of forgiveness!

In the Apostles' Creed, it is made clear that forgiveness of sins is a necessary part of our faith. We stand before God only because we have repented of our sins, in the certain knowledge that God's mercy and compassion know no limits. We pray in the Lord's Prayer,“…forgive us our trespasses as we forgive those who trespass against us.” Yet human nature does not always forgive, even in the Church!

Jesus of course knew what people are like so told the parable of the Unforgiving Servant. It was about money. A servant owed a lot of money to his master, but he couldn't pay it back because the sum was too great. He begged forgiveness and his master agreed. However, that same servant was owed a much smaller amount by a fellow servant, but he would not show him mercy to forget the debt. After the Master deals harshly with the servant he had forgiven, Jesus concludes in Matt. 18:35, “So my heavenly Father will also do to everyone of you, if you do not forgive your brother or sister from your heart.”

We are called to go beyond the horizon, so to speak, to forgive others. We believe God's forgiveness knows no limits; let us be the same, in the Church, in the world and in the family.

Help for that “sinking feeling"